Hey did you hear the 2010 World Cup ( Football , to Americans I mean Soccer) tournament starts tomorrow in South Africa? Well of course you have, that is unless you live in a cave or have no connection to the outside world, ha ha just kidding. OK if you are not a fan of Football / Soccer than you probably wouldn’t know, but it’s hard to block out the constant bombardment of promotion. Either way the tournament is being kicked off the host country ,South Africa, against my birth country Mexico! (Now you know why I’m paying attention) Alright I have to admit I’m not big on Football, I don’t know much about it and I don’t follow it (Hockey is my game), but I think it’s good to root or support our own country’s teams. 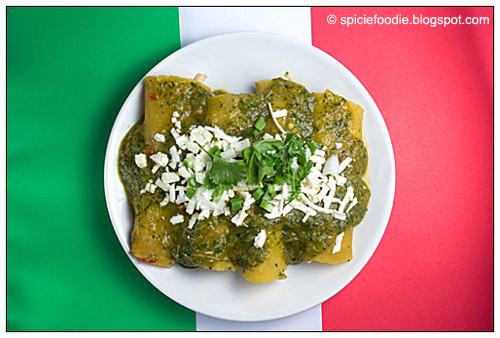 To show my support for Mexico I made Enchiladas Verdes (green enchiladas) . Now these are not the real traditional enchiladas as some of you may know them. The reason being of course because I cannot find tomatillos or green chilies that normally go into these enchiladas. So this recipe is enchiladas verdes – my way, using substitute ingredients to get it as close as possible. For those of you that don’t know what an enchilada is, it’s a corn tortillas dipped in sauce then stuffed with meat or vegetables then rolled up and topped with more sauce. There are several varieties with different sauces but I think outside of Mexico the two most popular types are the Enchiladas Rojas (in a red sauce) and the Enchiladas Verdes(green). If you are interested in traditional recipe for the Rojas you can find my recipe in my archive here.

These are banana peppers similar to wax peppers, they are my substitute for green chilies in the recipe. 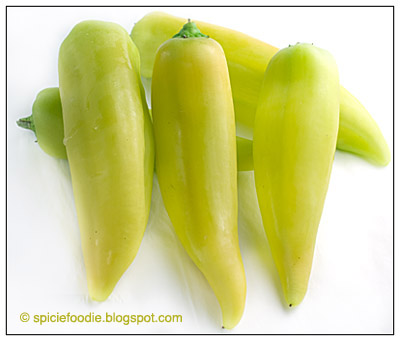 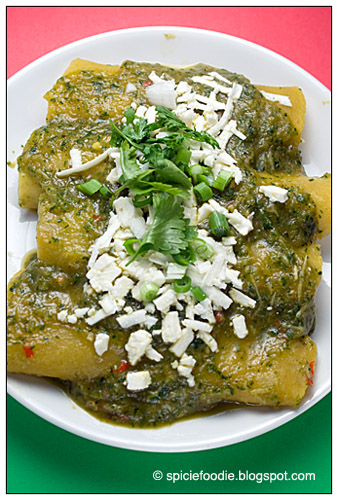 Chicken filling:
2 Chicken breast boiled and shredded ( or 3 boiled chicken thighs, the total meat should be 250 grams / a little over 1/2 lb. )
12 corn tortillas
corn oil or sunflower for shallow frying 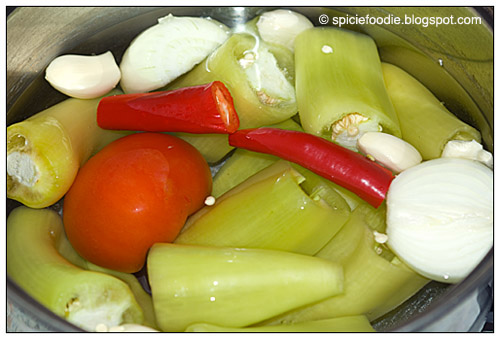 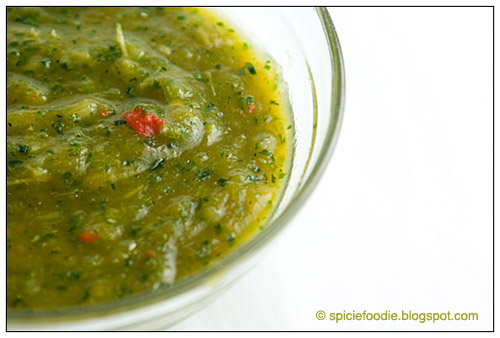 2. Prepare the cilantro by cutting the top quarter including the leafs and a bit of the stem. Place the boiled vegetables inside a blender container then add the cilantro,salt,bouillon and black pepper. Puree until you have a creamy thick sauce without any chunks. (If you have a small blender you may need to puree the peppers in a couple of batches. )

3. Pour a couple of spoonfuls of the sauce over the shredded chicken and stir to mix the sauce into the chicken. In a large frying pan heat about 1/2 cup of oil, place the sauce in a large pot or large bowl for dipping the tortillas. You’ll also need thongs, a plate with paper towels and a spare plate or cutting board to roll and prepare the enchiladas.

First take one tortilla, dip it into the oil and cook on each side for 2 min. each. This is to soften the tortilla and it will help the sauce stick better on the tortilla. 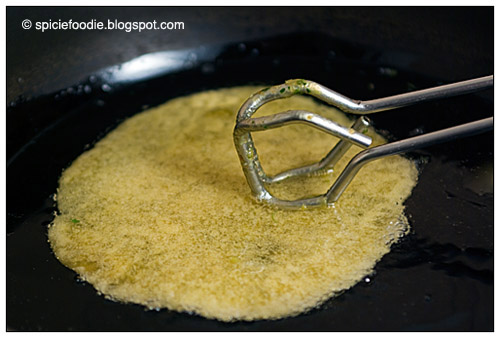 Next dry off some of the extra oil, 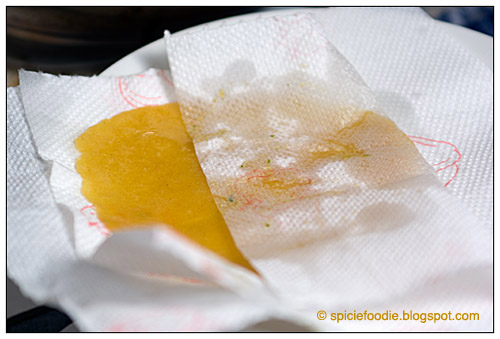 then dip and cover completely on both sides with the sauce. Don’t worry if you feel there isn’t enough sauce on the tortilla we’ll add more at the end. 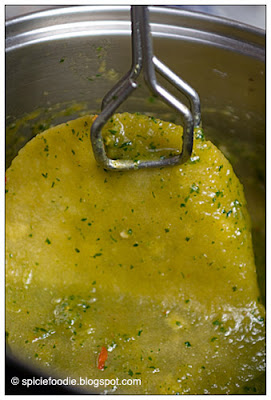 Next we add the stuffing, the chicken, in the center of the tortilla put some of the shredded chicken 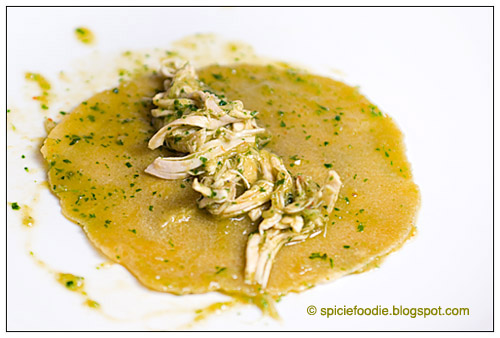 Then roll up, set aside until you are done with the batch. 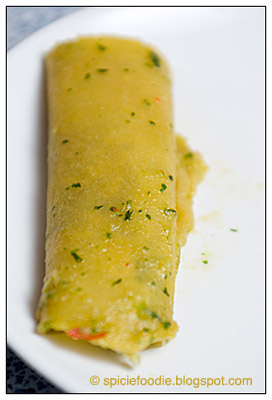 4. Once you are done rolling up the enchiladas you can add more sauce on top, then you can add the rest of the toppings if you like. Another serving suggestion is to serve Mexican rice and some refried beans on the side. Or make a simple salad by shredding iceberg lettuce , sliced radishes , some crumbled cheese and some Crema fresca, ( substitute with creme fresh) . If you need to also make your own corn tortillas, I also have a recipe again using substitute ingredients. But don’t worry because both of the corn tortillas and enchiladas turn out great and tasty. May not be the “real” thing but the substitutes have helped me satisfy those cravings that leave me homesick. The enchiladas were only a little bit spicy and full of flavor, the banana peppers worked great. I had leftover sauce and used it as a salsa topping for chicken tacos, again it worked great. Please check the archives if you need recipes for the tortillas and refried beans (mine are low-fat and not fried) . Buen Provecho!

« Emeril’s Crab Cakes with Avocado Emulsion
England vs. USA with food to celebrate »